Etihad Credit Insurance (ECI), the UAE Federal Export Credit Agency (ECA), and its Egyptian counterpart Export Credit Guarantee of Egypt (EGE) have entered into a reciprocal reinsurance agreement to support Emirati and Egyptian projects throughout the world. The agreement between the two state-owned firms will enhance trade and economic cooperation, as well as bolster exports. 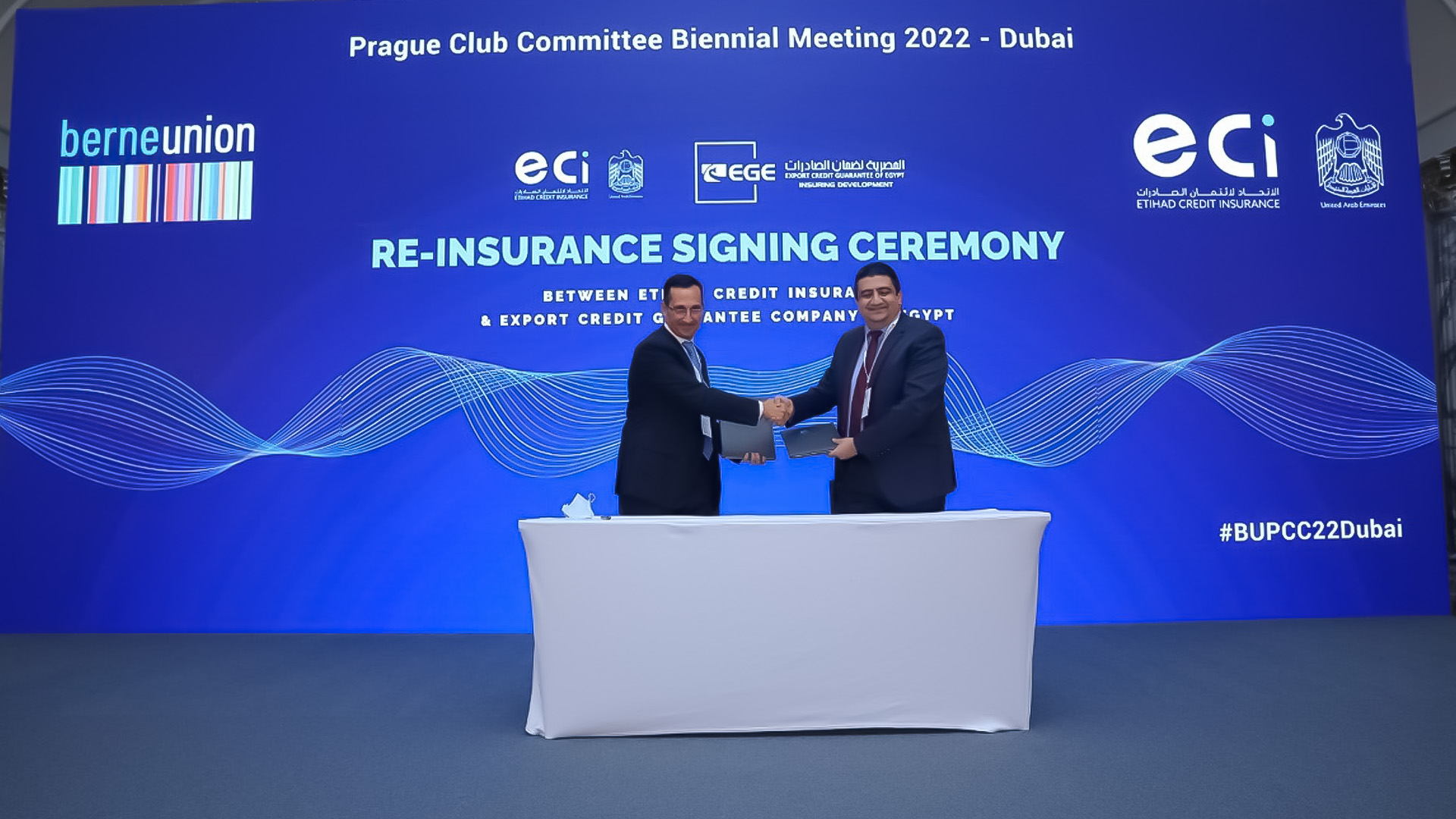 They will be able to anticipate and mitigate risks they may encounter due to political, commercial, and non-commercial reasons due to the wide range of trade credit insurance they are able to obtain. It follows the alliance ECI and EGE formed at the end of 2019, which led to a tremendous surge in their non-oil trade despite the challenging economic cycle triggered by the pandemic.

According to the UAE’s Ministry of Economy, non-oil trade between the UAE and Egypt in 2020 was AED25.8 billion, up 14.34 percent compared with AED 22.1 billion in 2019, proving that both countries have an enduring strategic partnership. As both the UAE and Egypt share a long history, they have benefited from mutual agreements that have increased regional security and strengthened sustainable development in Arab nations.

The UAE is Egypt’s second-largest trading partner in the Gulf region and ninth in the world, and non-oil trade exchange has doubled four-fold from 2010 to 2019. The UAE’s foreign direct investments in Egypt totaled over $15 billion, while Egypt’s investments totaled over $1 billion.

Riyadh hosts the most prestigious perfume exhibition in the Middle East

Rapid and concrete EU expansion is sought by Germany and…